Warning: Use of undefined constant REQUEST_URI - assumed 'REQUEST_URI' (this will throw an Error in a future version of PHP) in /home/pipsabwm/dailyfinancialexpress.com/wp-content/themes/jnews/functions.php on line 73
 Karima Brown: SA businesses feel threatened by citizens owning land | Daily Financial Express 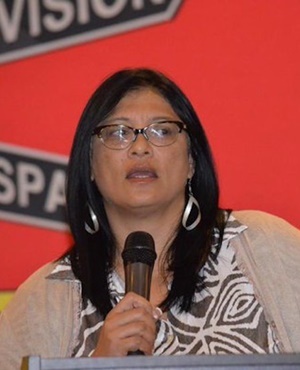 10 new rules of retail, according to a trend analyst

SA has gone from ‘hero’ to ‘zero’ for international investors, says British peer

SA businesses are threatened by the idea that citizens must own land, says political analyst Karima Brown.

“SA has tried a certain approach for the past 25 odd years – various forms of capitalism, which has not yielded us anything and real inequality remains,” Brown said during a panel discussion at the recent SA Property Association conference in Cape Town.

“The looters have decapacitated what apartheid had left us. Are our business models correct? Is the way we understand growth and wealth correct? What about how we measure gross domestic product (GDP)?”

She said local businesses had only encouraged capitalism – a system which does not work in SA or globally.

“Labour is not chattel. That is how apartheid capitalism grew, on super exploitation and super profits.”

She also wondered what property owners were going to do when government puts up social housing next to their “posh properties”, impacting its value.

READ: Jonathan Jansen: SA school system based on dumbing down with ‘stupid’ subjects

“The rich constituency sitting on private property is being challenged and gentrification is taking place in some areas,” said Brown.

“Yes, there is uncertainty in the period we are in, but I think we are part of the process of creating certainty by the choices we make.”

For political and economic analyst Ongama Mtimka there is a deeper crisis of nationhood that does not work for the majority of people in SA.

“Now the middle and upper classes are getting to feel the brunt of what the average person in SA has been feeling all along,” he said during the panel discussion.

“There is a need for government and the private sector to play a role.”